Skip Navigation
We use cookies to offer you a better search experience, analyze site traffic, and personalize content. If you continue to use this site, you consent to our use of cookies.
Member Spotlight 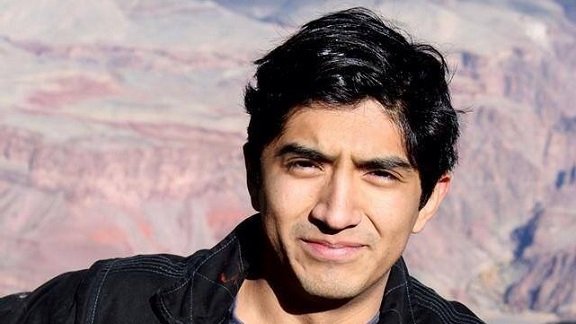 If the incoming administration makes good on its promise to immediately terminate the Deferred Action for Childhood Arrivals (DACA) program, the consequences would be terrible for DREAMers like Hugo Arreola. Brought to the United States as a child, Arreola learned he was undocumented in his senior year of high school. Thanks to DACA, Arreola is now serving kids as technology educator in the same Phoenix, Arizona, school district he graduated from. Nominated last year for NEA’s Social Justice Award, Arreola is a fierce advocate for immigrants and low-income families. NEA Edjustice recently spoke to him about how activists can organize in the face of one of our greatest challenges yet.

How are DREAMers responding to the post-election reality?

There’s a lot of confusion and panic because people don’t know how the future will play out, but we’re assuming the worst because of things that were said during the campaign. We’re very exposed because we had to provide all of our identity information to the government in order to sign up for DACA. We’re scared and motivated at the same time.

Does it immediately affect your work?

Our DACA clinics are on hold, but students have been receiving mixed messages from other sources. If they’re applying for the first time, we remind them that we won’t know what’s going to happen in January with the new administration and it’s probably better to wait. For renewals, there’s less risk because their names are already in the system.

What can activists do to help protect undocumented students?

We’re putting out an urgent call to our citizen friends and allies. We can’t fight this alone. Some allies are working with immigration rights organizations to determine what the families in their community need. Some are petitioning their colleges and churches to offer sanctuary to undocumented students. In our strategy session this weekend, there was talk of making Phoenix a sanctuary city. Some of our students told us they’re planning to apply to international schools.

Meanwhile, what can educators do in their own schools?

I can’t stress enough the power of creating a welcoming environment in your own classrooms and communities. The students at my high school just came back from a diversity camp this week, where they focused on self-awareness and appreciation of the struggles of others. We’re lucky to have students who are accepting. Thankfully, we’re not seeing the kinds of [hate] incidents that are being reported at other schools across the country.

What do you want the incoming administration to know about DREAMers?

DACA is a practical program that’s good for the country. It’s given DREAMers the ability to pay taxes, which feeds the economy. It’s given them the ability to apply for drivers’ licenses and insurance, which means less danger on the road. And it’s allowed them to pursue their education, contributing to an educated workforce. Most important, these young people grew up here. The United States is the only country they know. This is home.