The recently passed state budget provides massive tax cuts and a loophole for the wealthiest in Arizona to avoid the INVESTinED tax. 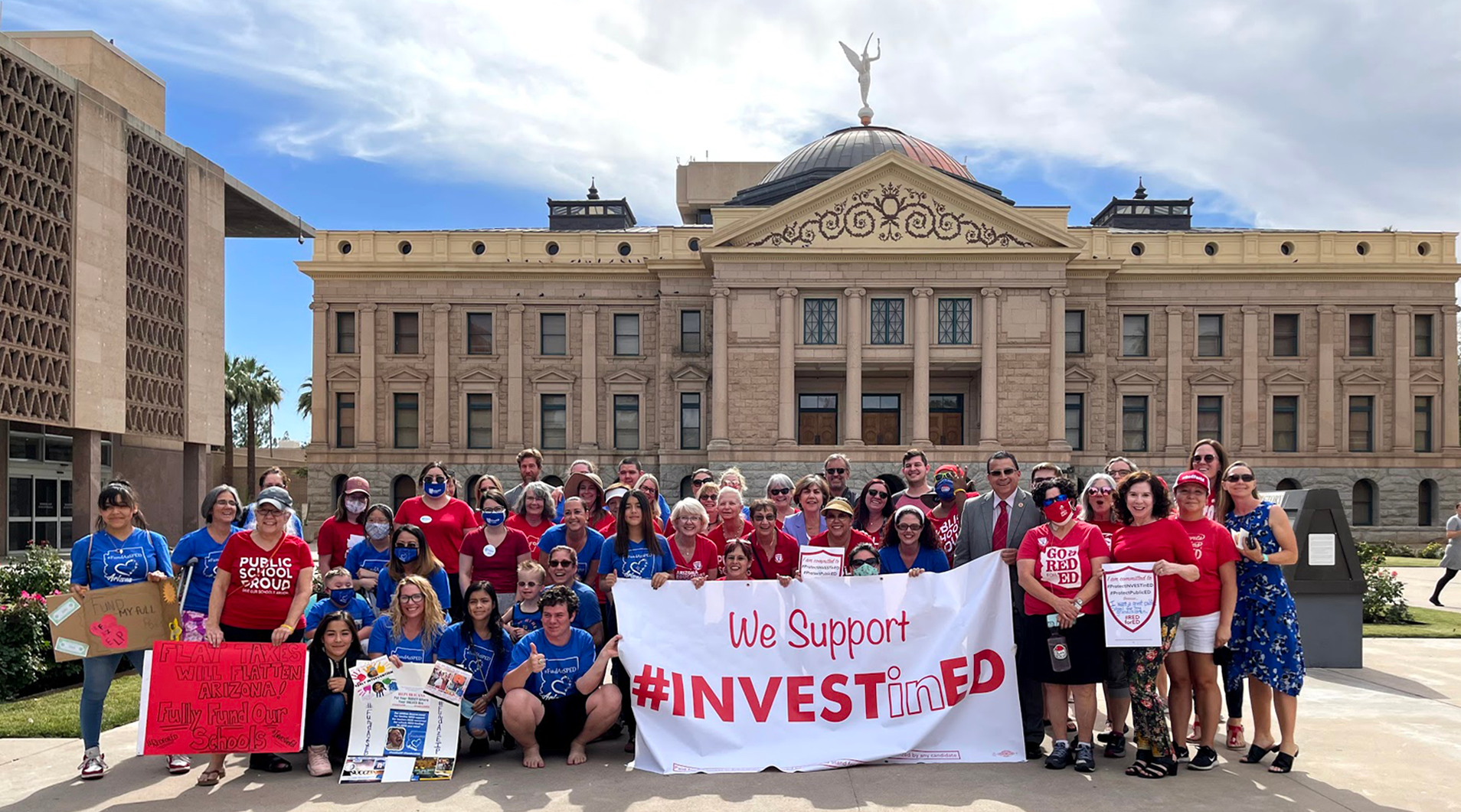 Since its passage in the 2020 election, Governor Ducey and the Republican legislative leadership have attacked the Invest in Education Act, which would have brought $940 million in permanent sustainable funding for public schools by taxing incomes over a half million dollars, through lawsuits and legislation. The recently passed state budget provides massive tax cuts and a loophole for the wealthiest in Arizona to avoid the INVESTinED tax.

In response, the Invest in Education coalition, of which AEA is a member, has renamed itself the Invest in Arizona coalition and filed three referenda to stop these horrible attacks on public education funding:

In order to refer these bills to the 2022 ballot, 118,823 valid petition signatures will need to be turned in by September 28, 2021. The coalition has already printed petitions and launched signature gathering efforts. Once enough valid signatures have been verified by the Secretary of State, an injunction will be placed on the legislation until the election. The coalition will then need to campaign to get voters to vote NO on these referenda in order to permanently stop this legislation from taking effect.

“It’s time to let the voters decide if we should reject Governor Ducey’s handout to millionaires and instead Invest in Arizona,” says AEA President Joe Thomas. “Our students and beautiful state are worth it.”

Keep an eye out on AEA’s social media accounts and your email for more details about the Invest in Arizona campaign.