Educators in Arizona continue to fly the #REDforED flag and are building strength in numbers. 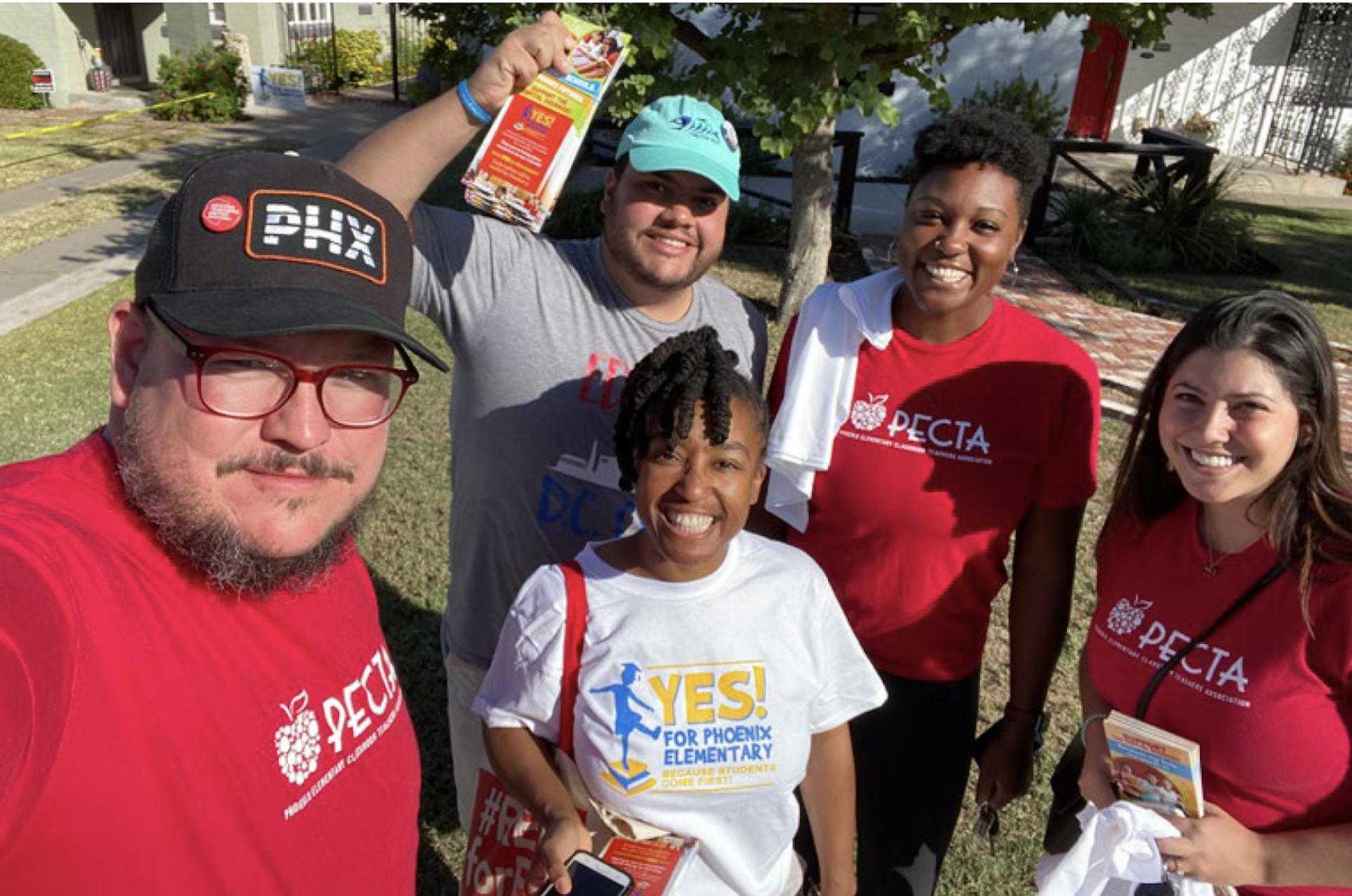 This year turned out differently than anyone could have imagined: The coronavirus pandemic. Economic downturn. Attacks on Black bodies. Attempts over the summer by President Donald Trump and Secretary of Education Betsy Devos to reopen schools with no national plan in place to do it safely nor any sign of the coronavirus slowing down. Plus, they threatened to pull federal funding if schools don’t open for in-person learning. It’s a lot to digest.

But one thing has remained a constant: Union members from coast to coast continue to fly the #REDforED flag and are building strength in numbers—claiming victories along the way. From the major health care victory in New Jersey, to the virtual birth of a local union in California, and to a steady stream of advocacy wins and skyrocketing membership for a small Phoenix local, educators are once again proving the power of their voice.

A few years ago, Phoenix Elementary Classroom Teachers Association (PECTA) was a small local with low membership numbers. The union had operated without a contract for years. After April 2018; however, when the state’s #REDforED wave inspired educators to walk out of their classes in record numbers, it was game-on for a new crop of members who took a long, hard look at their union and saw potential.

“We saw the power of collectively working together and organizing—and what that power could create,” says Carlos “Chico” Robinson, a social studies teacher at Kenilworth Elementary School, who was recently elected vice president of PECTA.

Robinson was one of a handful of #REDforED organizers who ran for union leadership positions and won. What these leaders created within three years is nothing short of remarkable: a local, driven by rank-and-file members, that has tripled its membership numbers and holds a long list of victories. PECTA won a salary increase over three years for all certified staff; placed a cap on class sizes; secured extra pay for teachers who cover classes when substitutes are not available; and stopped the district from shuttering three schools that were home to underserved populations, among other wins.

The local also has been on the front lines of the coronavirus pandemic and justice for Black lives. They persuaded the school district to commit to distance learning in the fall—long before other Arizona school districts made a decision. And the union pushed school board members to adopt a statement on justice for Black lives, using language the local union developed.

Additionally, PECTA’s new leadership adopted their first agreement and are now recognized as the official bargaining agent for Phoenix Elementary certified educators. According to the agreement, every committee created by the district must include a PECTA member who plays a role in decision making. Plus, a union representative must be at the table when the district is making decisions about the coronavirus.

“This is how it should be,” says Jay Barbuto, a middle school language arts teacher at Thomas A. Edison Elementary School and the recently elected president of PECTA. He succeeds Leanne Abushar, who was instrumental in catapulting educator voices to the forefront of the decision-making process after the #REDforED walkouts.

While their membership numbers tripled, the more impressive outcome was that educators immediately got involved, says Barbuto.

“Educators now see the value of the union upfront, and they want in,” he says, explaining that the new leadership team has built a democratic organization that embraces a bottom-up approach. “You think of an activist as someone lighting things on fire, yelling, or storming the governing board. For us, an activist means you’re super-passionate and involved in a topic,” Barbuto explains. “As a union, we’re giving [these activists] the space to lead.”