AEA had another victory at the Capitol today. Hundreds of teachers, school support staff, retired educators, parents, students, and community leaders gathered at the state capitol to urge senators to authorize the override of the aggregate school spending limit and prevent over $1 billion in budget cuts this year. In the end, the Arizona Senate passed the override by a vote of 23-6, ensuring that our public schools can continue to provide a quality public education for our students this school year.
By: Arizona Education Association
Share 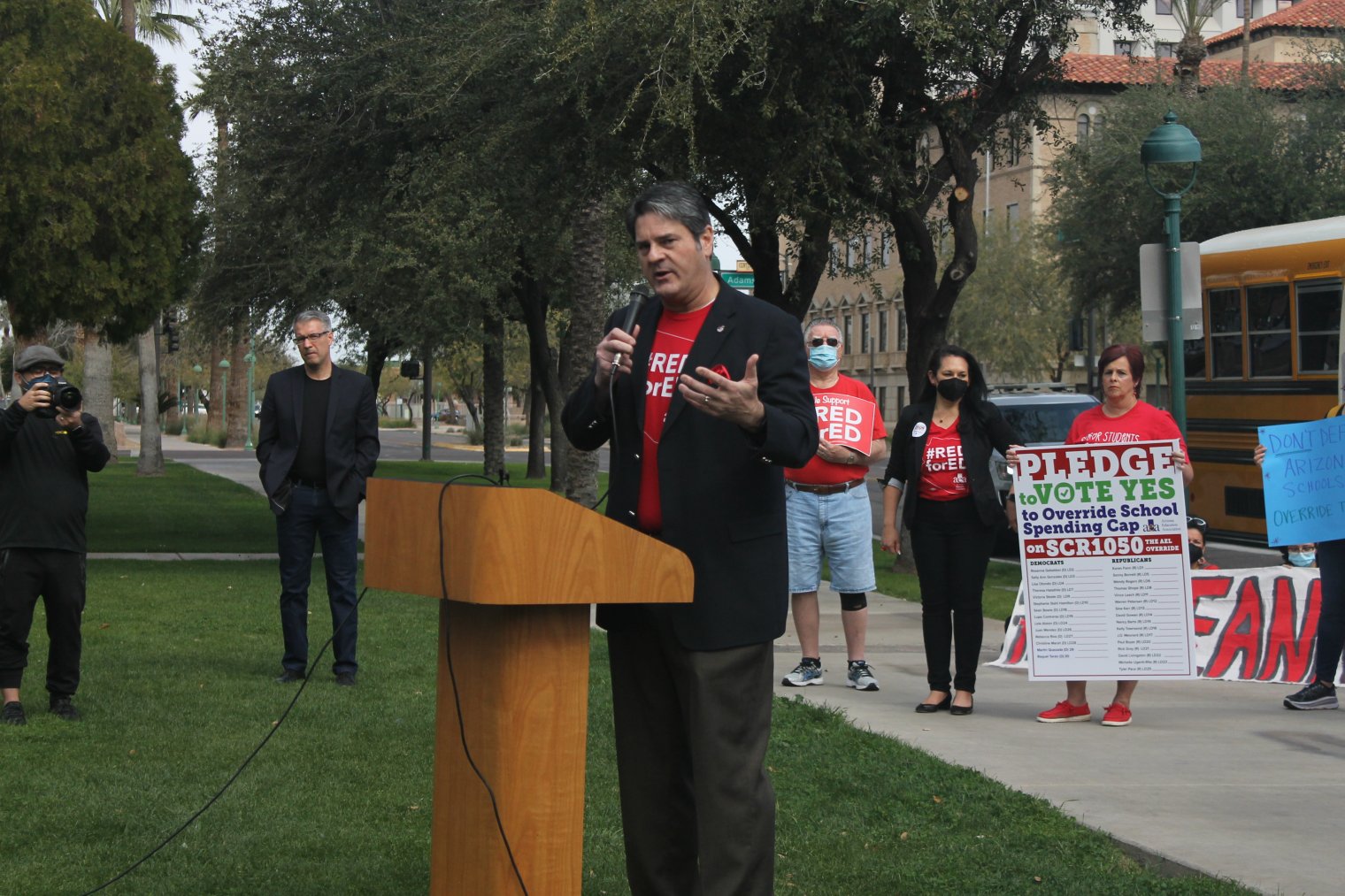 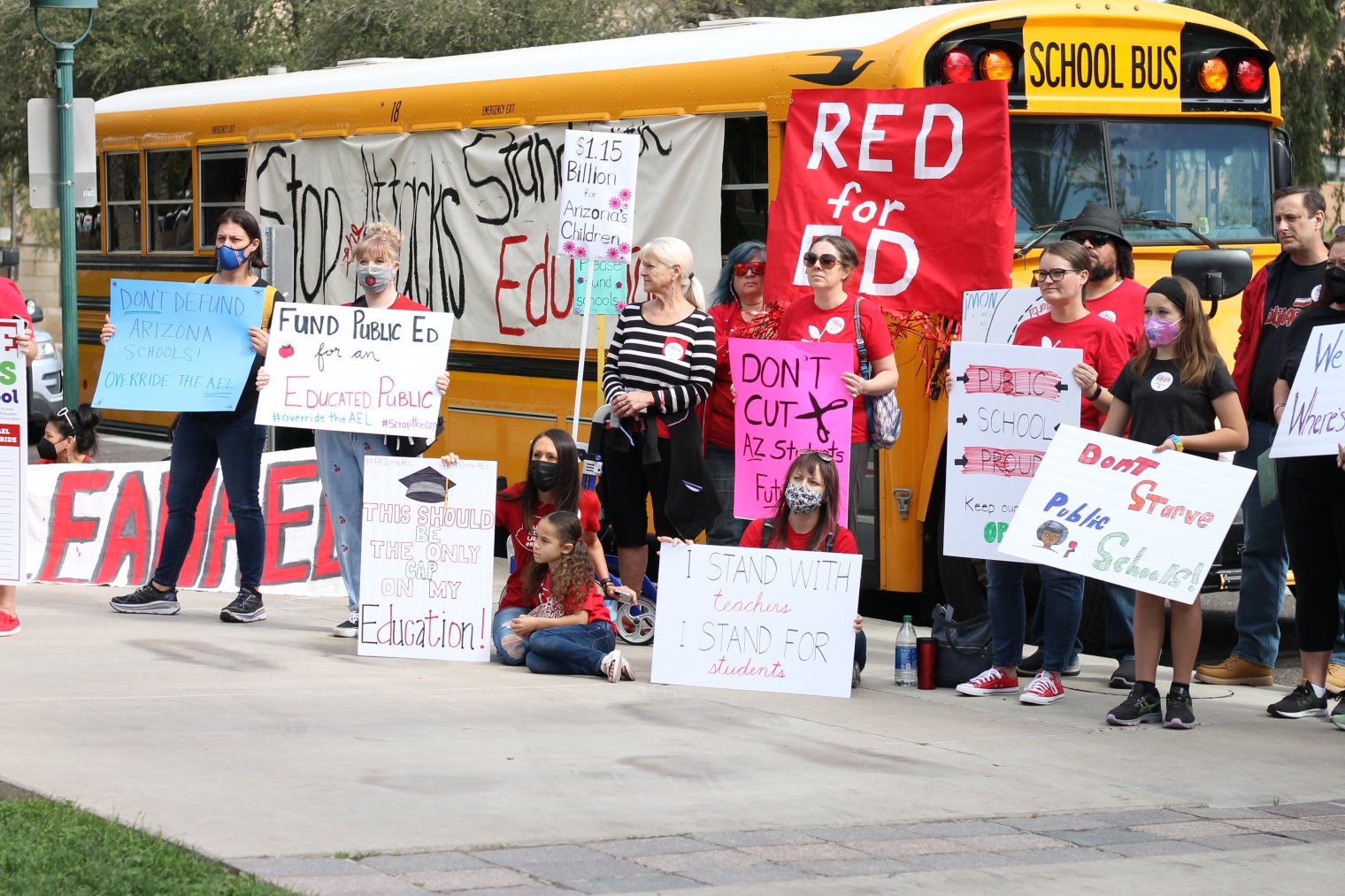 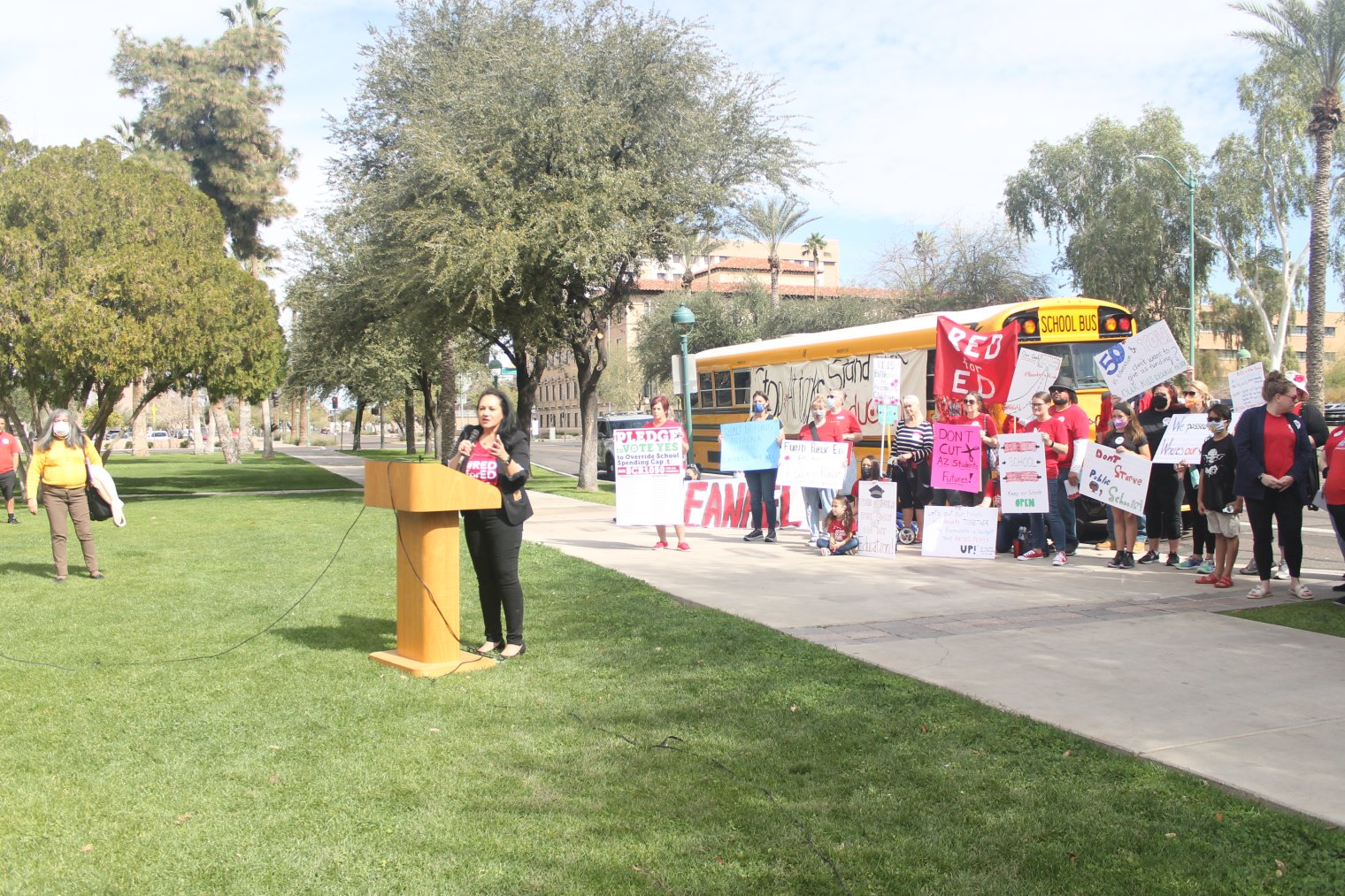 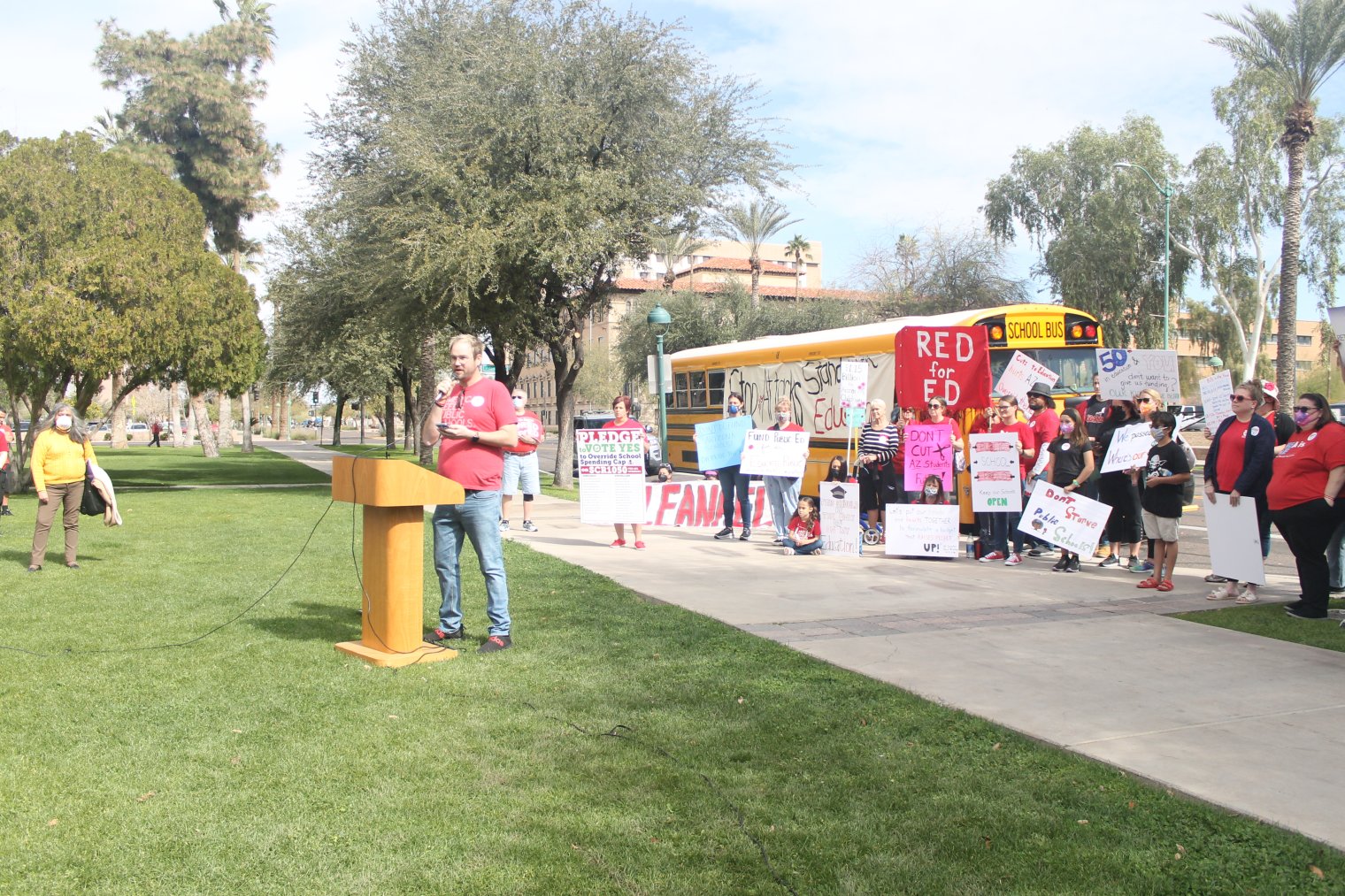 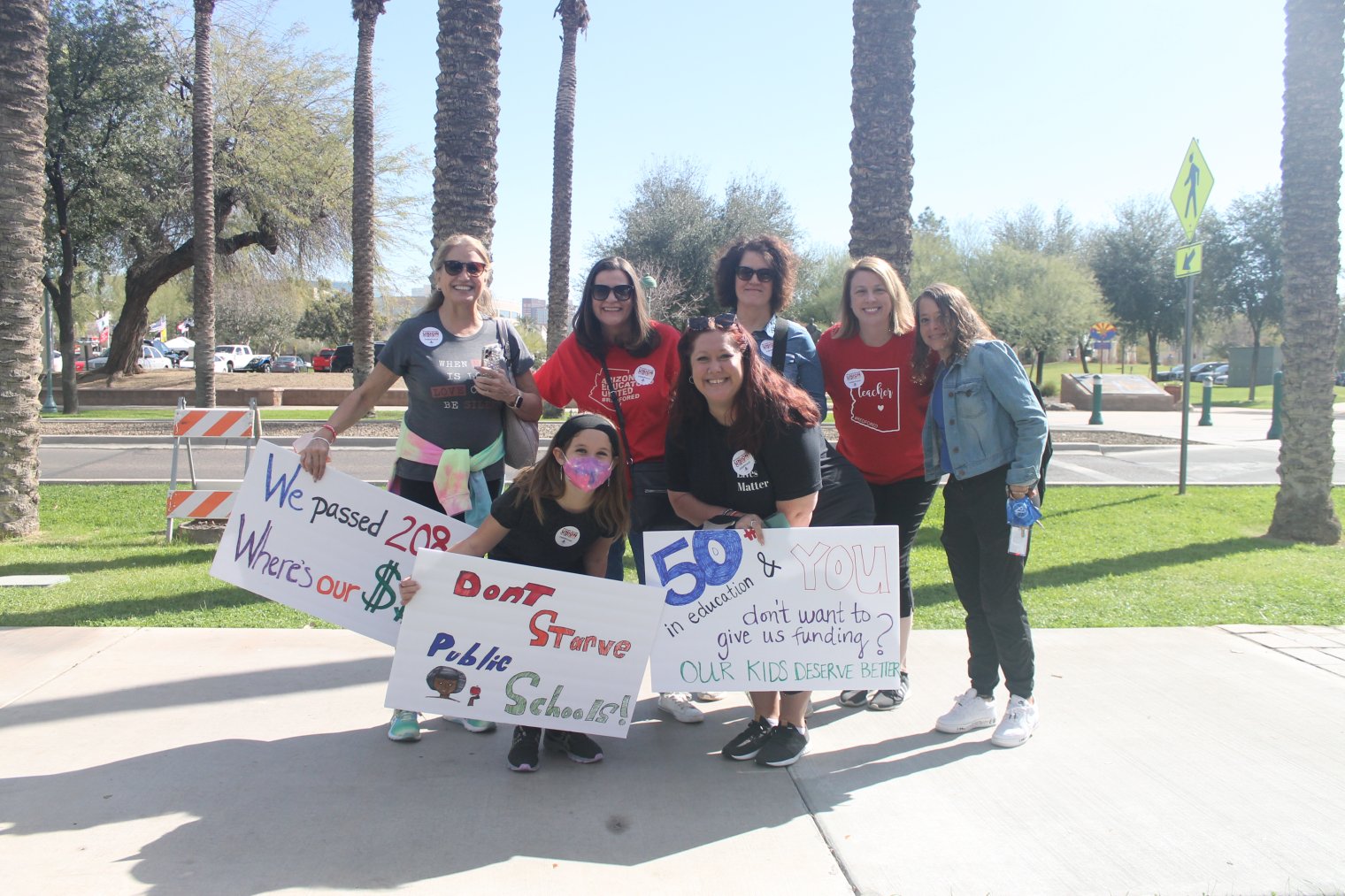 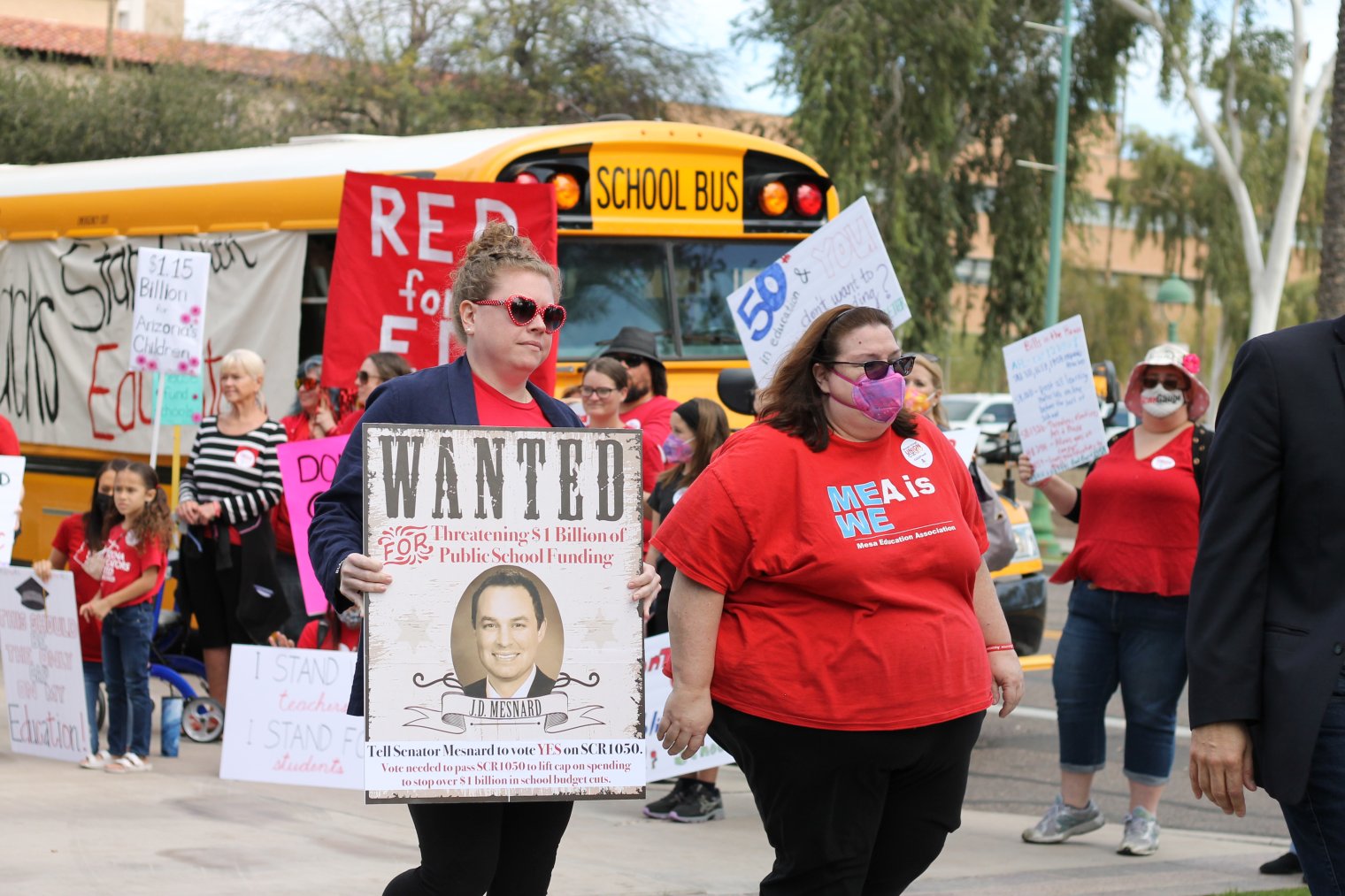 The day started with a press conference led by AEA President Joe Thomas, “Our message today is that we need lawmakers fighting harder for our students to get the funding that students deserve and better policies to make sure that they graduate ready to get out into the world and be successful.”

AEA Vice President Marisol Garcia spoke about the work educators have done over the years outside the classroom to stand up for their students. “Every time we’ve taken something to the ballot we’ve won. So today we are here to remind legislators that public schools are for all of us. They need to be taken care of and nurtured.”

Educators, like Josh Atkins, gave up their day off to lobby their state senators because they understand the importance of this issue and wanted to make sure their voices were heard by their elected officials. “Lawmakers paint a picture that parents should distrust their teachers despite what those parents have experienced in our school,” said the music teacher from Paradise Valley Unified District. “It is time that parents and educators continue to stand side by side and send a clear message to legislators who seek to destroy our public education system.”

Parents—Dr. Alicia Vink and Wendy Maldonado—joined teachers in speaking at the press conference about the impact school funding has on their children. They both urged their state senators to override the school spending cap.

Thank you to our members for your perseverance and efforts in bringing attention to this important issue and getting it passed. Thousands of activists sent emails, made phone calls, tweeted, and picketed to get the word out and put pressure on legislators. Next, the bill moves back to the House where Speaker Bowers is expected to sign off on it. Our work is not over, though the limit is lifted for this year, we still need to find a permanent solution for the spending cap. Otherwise, we will find ourselves asking lawmakers to raise the cap year after year. Be sure to subscribe to the AEA Legislative Update to stay informed on this issue and others. We will continue to keep you informed. Your voice is stronger when we stand united, and your actions make your union powerful.