Angela Philpot was elected as Vice President of the Arizona Education Association (AEA) on May 7, 2022. 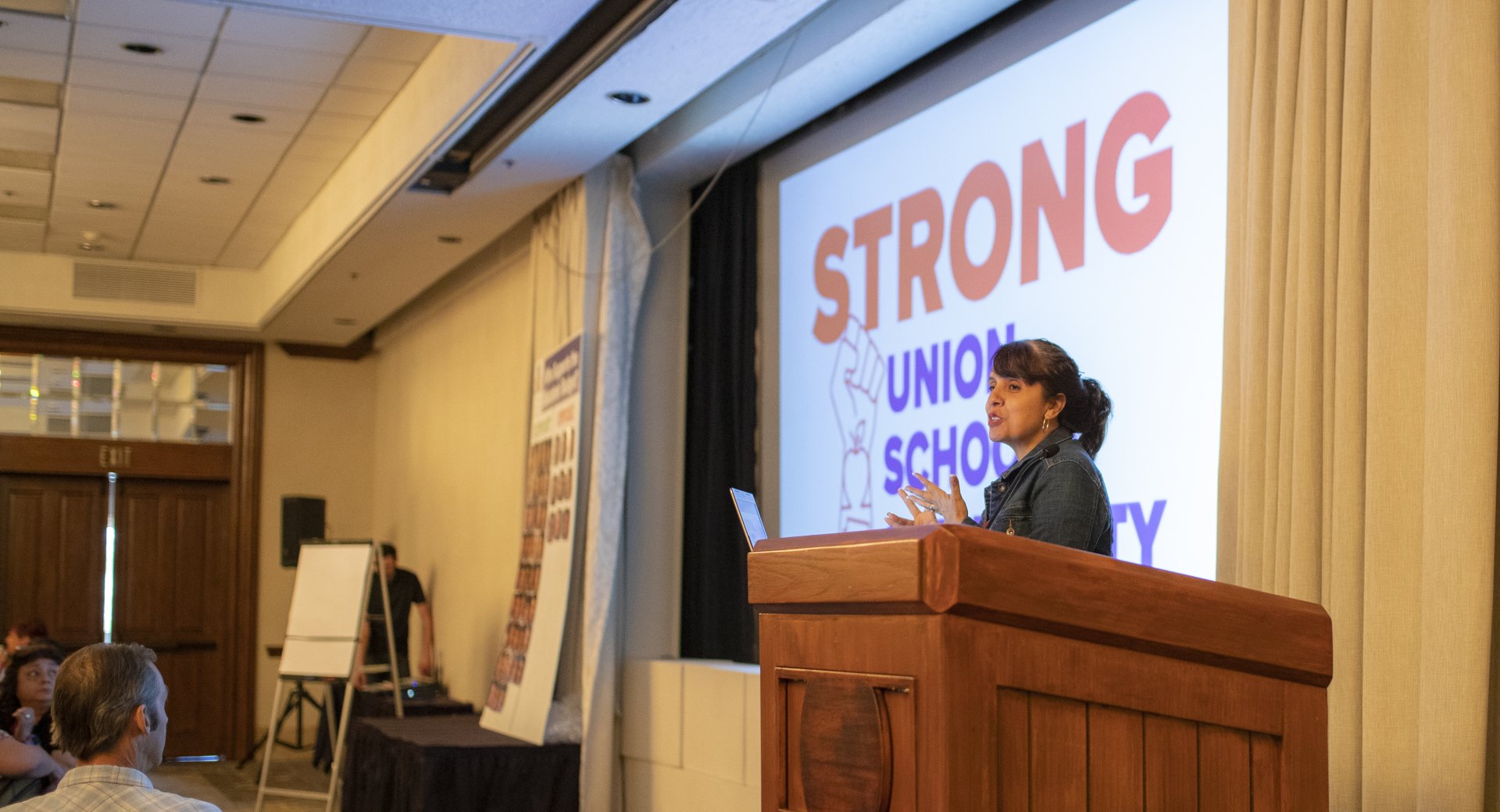 Angela previously served as AEA Treasurer and on the AEA Board of Directors for Region 8. She has served as co-chair of the Ethnic Minority Task Force, chair of the Rural Schools Task Force, Audit Committee, and Finance and Revenue Committee. Angela is a 23-year veteran educator and has her elementary, secondary and adult education teaching licenses with endorsements in early childhood education, ESL, and English.

A native Arizonan, Angela is from the rural mining town of Globe-Miami, where her labor union roots began. She is a proud product of Globe Public Schools PreK-12 and upon graduation received an academic scholarship to Adams State University in Alamosa, Colorado where she received her Bachelor of Arts degree in Elementary Education. She then attended the University of Colorado at Boulder and received her Master of Arts degree in Bilingual, ESL, and Equity Education.

Angela returned to Arizona and began teaching for the Apache Junction Unified School District. She taught ELL in grades K-12 and was elected as the president of the Apache Junction Education Association which was recognized as a Local of Distinction by AEA during her term of office. After 12 years in AJUSD, Angela was hired by Gilbert Public Schools to be the supervisor for the GED and English for Adults program. This program was awarded Program of the Year by the Arizona Department of Education during her tenure. Angela missed being in the classroom and currently is a 7th and 8th grade ELL teacher at Desert Ridge Junior High School with Gilbert Public Schools.

She lives in Mesa with her husband of 21 years, Brian, their son, Mason and their twin daughters, McKenna and Morgan.