Educators’ hard work to make the victory on Election Day a reality started long before the 2020 election cycle began. 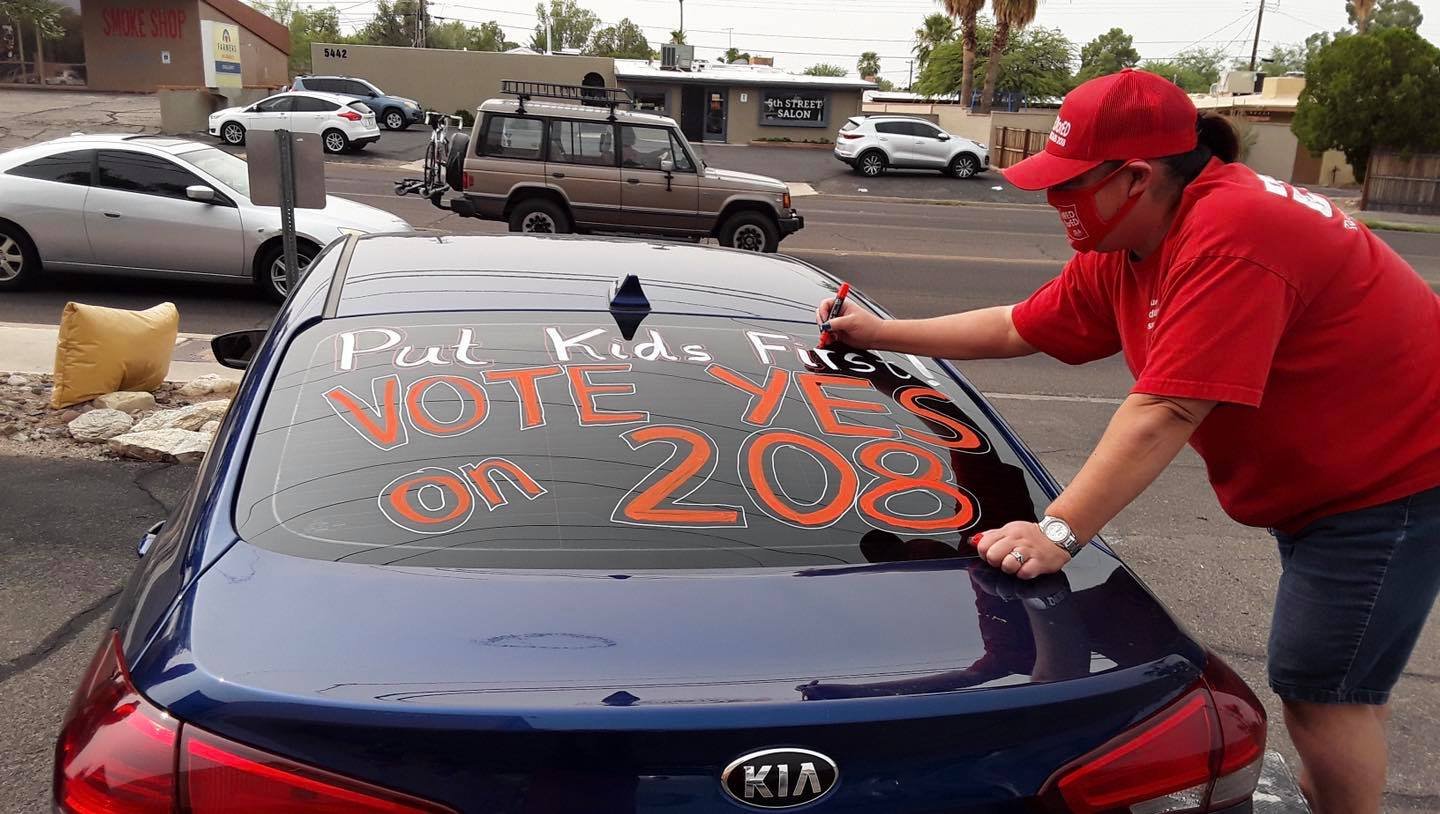 Educators’ hard work to make the victory on Election Day a reality started long before the 2020 election cycle began. Over the last several years, NEA members across the United States have taken heroic action to stand up for their students, their profession, and their communities. Millions of educators rallied under the #REDforED banner for school funding and educator pay equity, denounced the confirmation of Betsy DeVos as secretary of education, and volunteered for pro-public education candidates. Thousands of educators ran for office and won in the 2018 midterm elections, including Kyrsten Sinema for Senate and Kathy Hoffman for Superintendent of Public Instruction.

The past few years have seen unprecedented levels of political activism by public school educators. Nowhere was the momentum of educator activism more evident than in Arizona, where #REDforED activism in recent years garnered national admiration. In the 2020 elections, Arizona voters took a stand for strong public schools by passing Prop 208, which will restore hundreds of millions of dollars to education and help the state tackle its teacher shortage crisis.

The efforts of AEA members brought victory on Election Day with the passage of Prop 208, an education funding initiative that will restore millions of dollars in school funding, and the election of the majority of AEA’s recommended candidates for 2020. These are just some of the stunning wins in the 2020 elections that resulted from years of political activism and organizing by educators:

Educators channeled their #REDforED spirit into the 2020 elections, educating others in their communities about what was on the line for their public schools in local, state, and federal elections. Once the pandemic made face-to-face canvassing potentially unsafe, AEA helped educator-activists pivot quickly to learn new digital organizing platforms and ramp up their phone and text banking skills for safe and effective voter outreach. Educators also spoke out about the failure of elected leaders to adequately fund public education, both before and after the COVID-19 pandemic hit.

As leaders in their communities, it is more important than ever that educators continue advocating for students and public schools. Now, educators will have partners in the Arizona Legislature, U.S. Senate, and the White House working to unify the country, tackle the pandemic, strengthen our public schools, dismantle institutional racism, and build a better economy that works for all Americans.